August 2, 2021
·
Written by Berry Stein
Artists of the Month

How much do I love Mickalene Thomas? Let me count the ways. Thomas’s work is the definition of a visual FEAST. The way that she mixes and layers materials and imagery to create a visual language that is so distinct and powerful makes her one of the most iconic artists working today.

What drives her work is a sustained interest in depicting the black woman’s relationship to art history and contemporary culture at large.

I read in an article, “While in school, Thomas was profoundly affected by the absence of strong Black women throughout the history of art. Using the aesthetics of Western painting and the sexualized blaxploitation films of the 1970s, Thomas has dedicated her practice to expanding the representation of women in art…

… In a striking amalgam of painting, photography and collage, Thomas alludes to a number of time periods and genres. While her art historical references often trace back to the 19th century, her use of fabrics and domestic spaces often reference the 1960s–80s — a time during which many women, particularly African American women, rejected and redefined traditional standards of beauty."

I find Thomas to be so inspiring because the execution of her vision is so powerfully demonstrated through the command that she has over her materials and subject matter.

Inspired by two Polaroid photos that I found of two of my favorite women, Diana and Dolly, I created a mixed media collage with paper, glitter, sequins, rhinestones, and holographic vinyl paper to finish the work off. I love the pixelated effect the paper gives the work, as well as the multiplied images of Queens D and D. 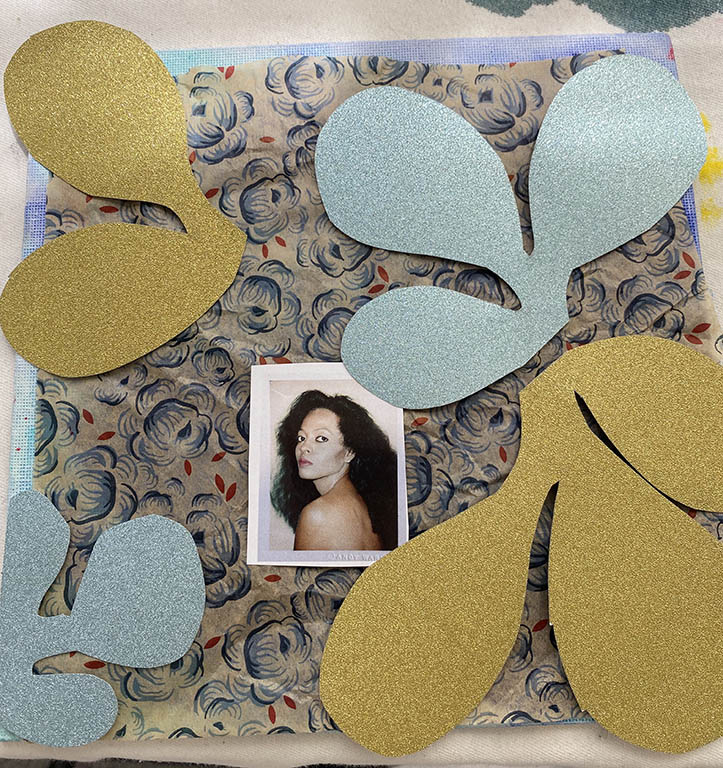 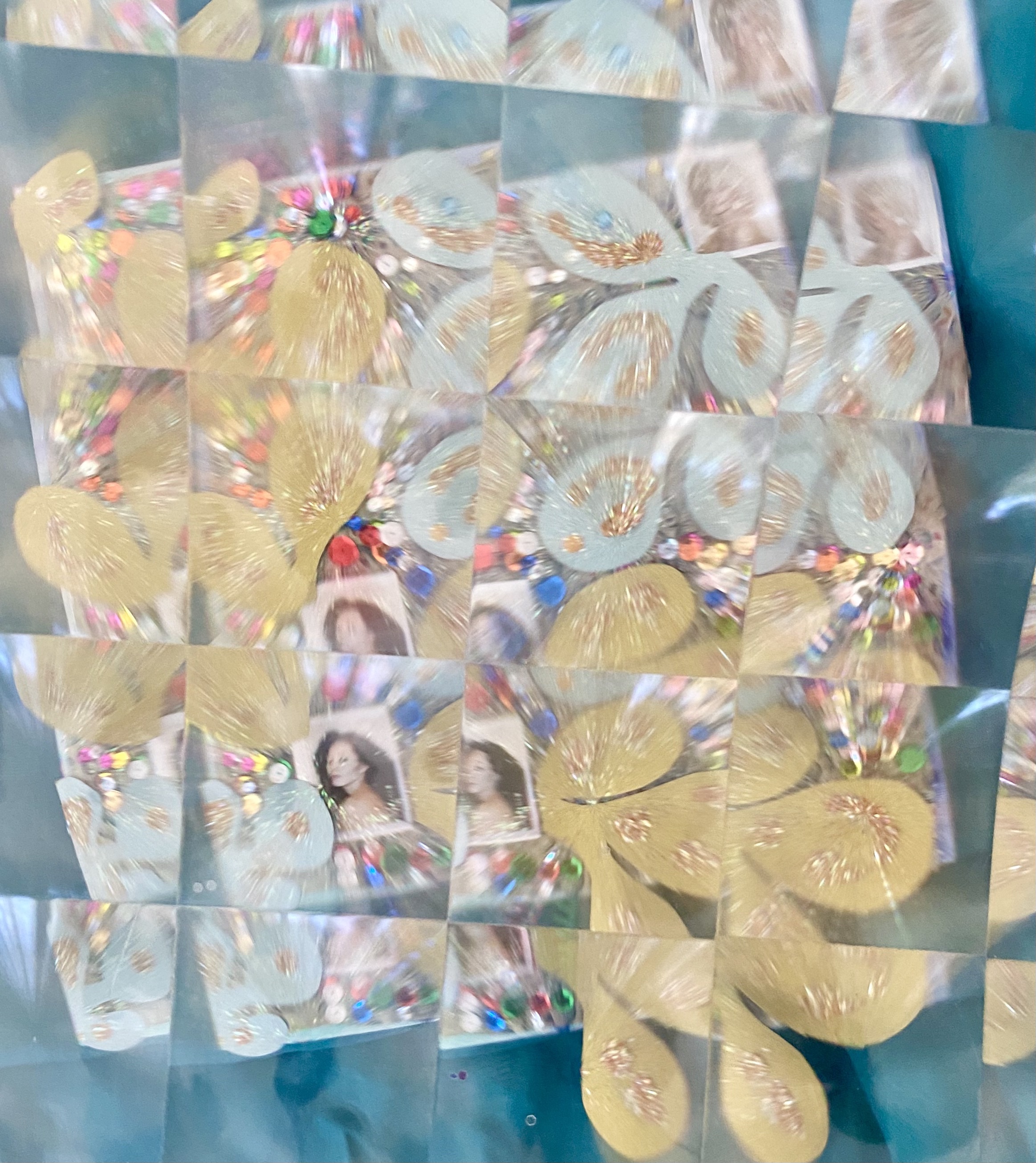 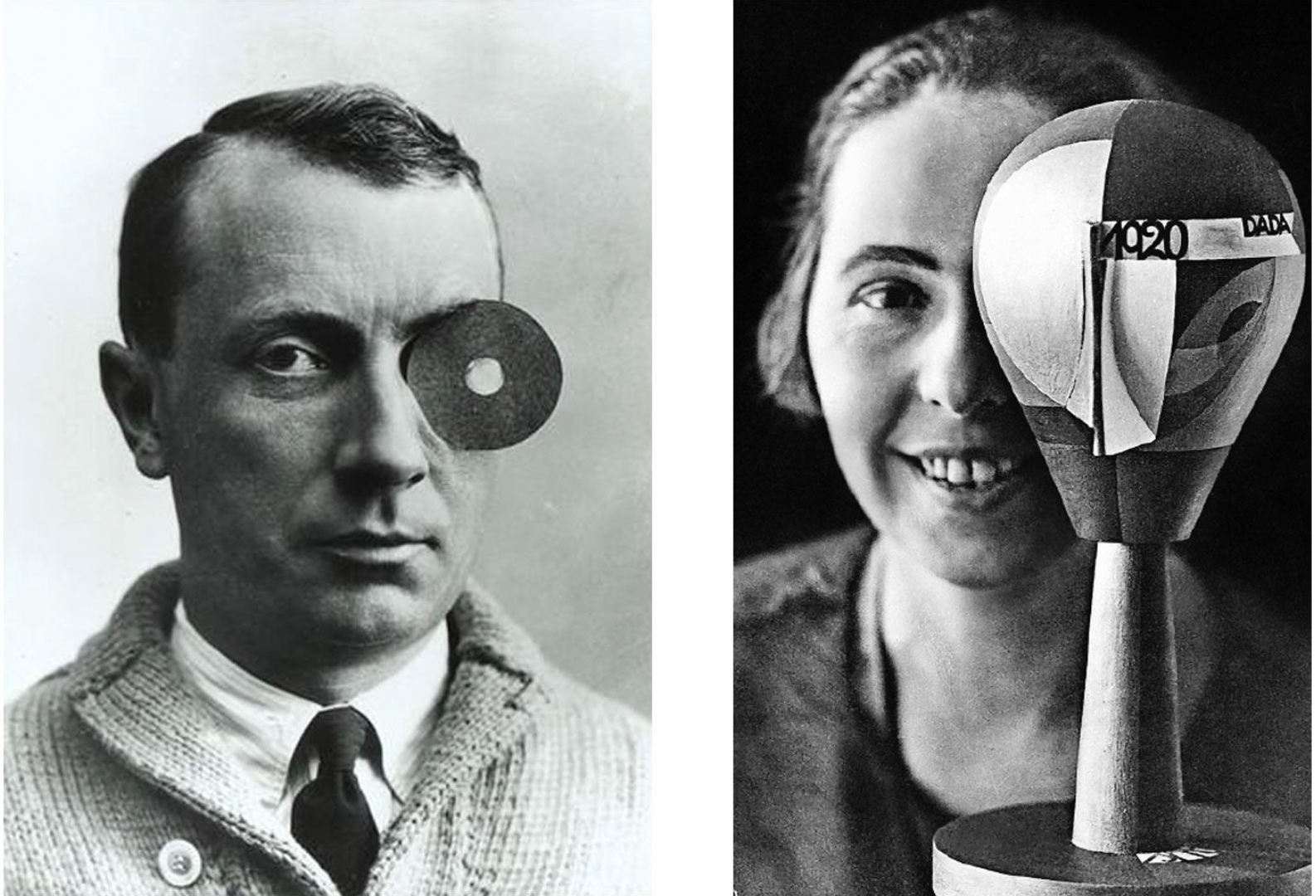 These two are right at the top alongside Anni and Josef Albers are one of my favorite artist couples of all time.

Sophie Taeuber-Arp (1889–1943)was one of the most innovative artists and designers of the 1920s and 30s. According this amazing Tate resource that you should 10000% check out, "During her life, Taeuber-Arp worked as a designer, teacher, puppet maker, architect, painter, interior designer, sculptor, performer, jewellery-maker, illustrator, and magazine editor. Through her precise but playful work, she fulfilled a desire to ‘make the things we own more beautiful.’"

Tauber Arp was born in Switzerland, she lived in Zurich since 1914 and had established herself within one of the most forward-thinking artistic movements of the day, Dada. In 1915, Taeuber visited an exhibition of Jean Arp’s work. The two met and immediately began collaborating and creating together, a relationship that would last for almost three decades before her tragic death in 1943.

Jean Arp (1886–1966) was a French-German sculptor, painter, poet and collage artist who was equally immersed in the Dada movement in the 1920s and 30s. He is most known for his wood reliefs and smoothly rounded biomorphic sculptures.

In my exploration of this couple's incredible life together, I stumbled upon a simple line drawing inspired by the two artists. I embroidered it on my new Frank and Eileen shirt, which I am loving. :) 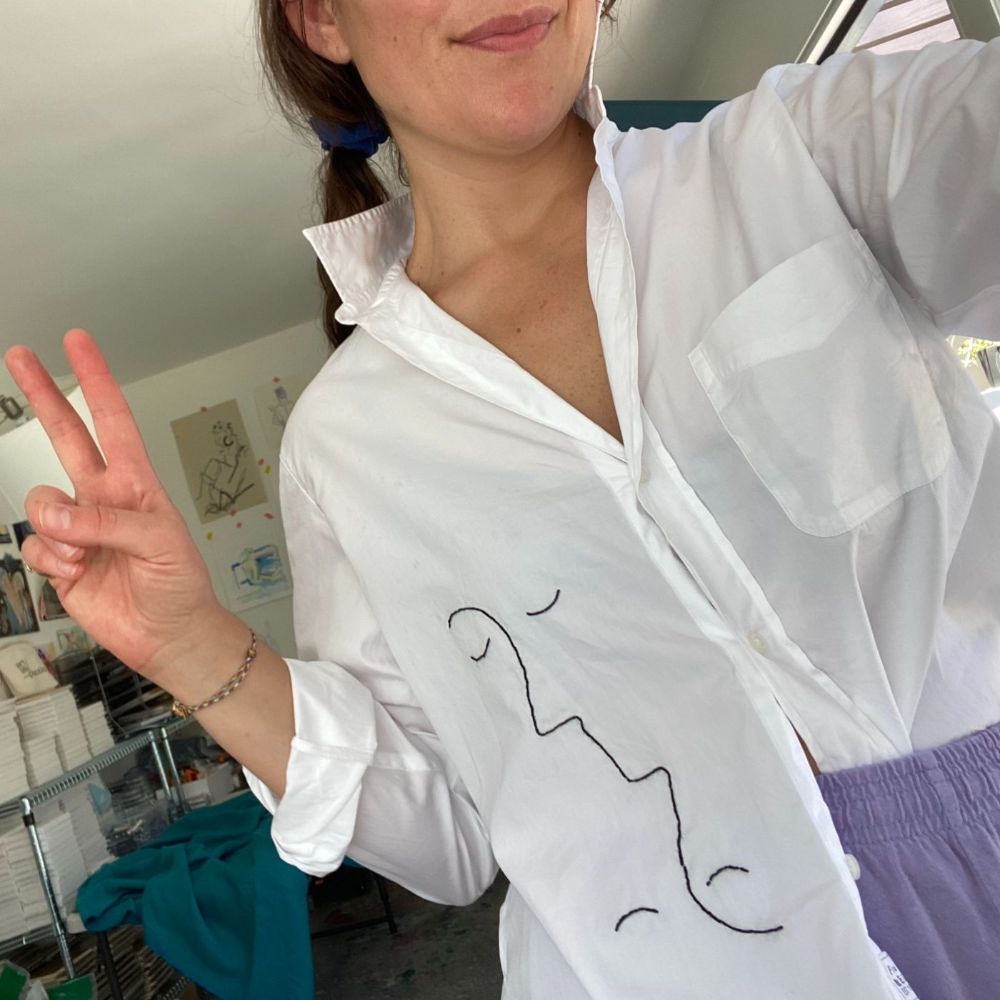 - COLLECTIVE EFFERVESCENCE - ever heard of it?!?

- Working on this playlist - it's a bit hodge-podgy but I'm into it. Poppy new-ish and older songs. Light and easy breezy.

- I made THIS Molly Baz recipe for friends recently and I highly recommend. The whole cookbook is fantastic. She includes QR codes to little videos and it's so helpful and informative!